Updates on PFAS in use and in the environment 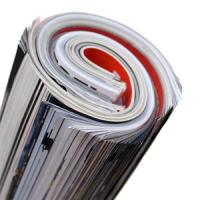 Two updates have recently been published regarding Per- and Polyfluorinated Substances (PFAS), including fluorosurfactants used in firefighting foams.

This paper confirmed the opinion that, due to major differences in health and environmental characteristics between sub-groups, PFAS should not be treated simplistically as a single group. For example, C6 telomers - such as used in C6 AFFFs - are very different from C8s and so should be treated differently within EU legislation.

Secondly, a report summarising 2017-8 data on the presence of PFAS in the blood serum of the US general population has been published by the American Centers for Disease Control and Prevention (CDC).

Among its findings on the 1,929 people sample were:

In our opinion, these findings justify the restrictions imposed on C8 PFAS but do not warrant the same being proposed on C6 telomers.

If you have any questions or would like to discuss this subject further, please don't hesitate to contact us.

Our thanks to Mike Willson for his help with this article.