New C6 Foams - Why They Matter to You 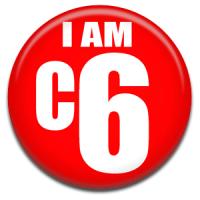 C6 AFFF’s have now been approved for use in both the USA and Europe.

After nearly twelve years of research by several international committees and many debates, the ‘new’ C6 AFFF technology has been approved by:

This means that, as of February 2016, C6 AFFF’s are approved for use and, importantly, AFFF’s using a carbon chain length greater than C6 can no longer be manufactured or sold in the USA or Europe.

Since 2014 our range of Fire Fighting Foams has been manufactured using only C6 fluorosurfactants!

All of our AFFF formulations have been developed to accommodate the change to C6 technology and have been requalified to meet the necessary highly respected International Standards such as:

Why is C6 important?

All AFFF's have traditionally contained telomer-based fluorosurfactants. These fluorosurfactants provide AFFF's with low surface tension and a positive spreading coefficient which enables film formation over lighter liquids, such as hydrocarbons.

In 2002, the US Environmental Protection Agency (EPA) expressed concern that some telomer-based fluorosurfactants could break down in the environment into Perflurooctanoic acid (PFOA) or other Perfluorocarboxylic acids (PFCA’s). These break down chemicals are classified as PBT’s, i.e. persistent, bioaccumulative and toxic.

Accordingly, fluorosurfactant manufacturers worldwide (with the exception so far of China) have agreed to withdraw telomer-based fluorosurfactants with a chain length greater than C6.

AFFF manufacturers have now reformulated their formulations to use only C6 telomer-based fluorosurfactants.

Should you require any further information on this important subject, please click on the following links: