Changes to legislation regarding fluorosurfactants used in fire fighting foam 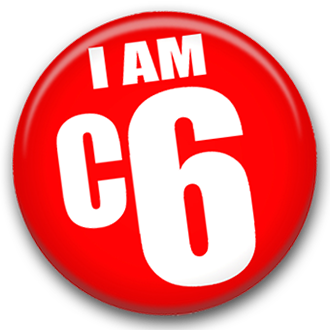 Recent changes to global environmental legislation regarding the manufacture and supply of fluorosurfactants used in AFFFs have meant that fire fighting foam manufacturers have been required to reformulate their foam concentrates to be able to use C6 fluorosurfactants to replace longer chain molecules.

These changes have had a huge impact on the fire fighting foam industry as a whole and developments are still continuing.

We've created the below pages as a guide to help you understand what changes have been made and how they may affect you.

The Background to C6

Fluorosurfactants are synthetic fluorinated chemicals with varying carbon chain lengths, designed to lower the surface tension of water. They are used in the manufacture of many different products, including Fire Fighting Foams. However, it was discovered that a chemical called Perfluorooctanoic acid (PFOA) is an unintentional by-product of the telomer manufacturing process used in the production of fluorosurfactants.

PFOA is a man-made chemical with a carbon chain length of C8 which is toxic, bioaccumulative and very persistent. PFOA has been found at very low levels in the environment, in the blood of the general population since 1960 and has been shown to cause adverse effects in laboratory animals.

In 2003, a fluorosurfactant working group was formed by the Environmental Protection Agency (EPA) in the USA and it concluded that:

In response to this research and with the aim to reduce the global potential for human exposure to PFOA, in 2005 the EPA convened what was known as the 2010/15 PFOA Stewardship Programme.

What is the 2010/15 PFOA Stewardship Programme?

The 2010/15 PFOA Stewardship Programme asked all manufacturers of long chain fluorotelomers and other long chain fluorinated compounds (LCPFC’S) - including fluorosurfactants used in the manufacture of Fire Fighting Foam concentrates - to voluntarily stop the production and use of fluorinated compounds with a carbon chain greater than C6 by year-end 2015.

European and worldwide manufacturers committed to this programme, meaning fluorinated compounds with carbon chains greater than C6 are no longer available.

Fire Fighting Foam and the Move to C6

Consequently, all fire fighting foam manufacturers were required to:

The Situation in Europe

As of 2016, the European Chemical Agency (ECHA) approved the sale within the EU fire fighting foams manufactured with fluorosurfactants using a maximum carbon chain of C6.

However, recently you may have heard of calls to ban fluorosurfactant-containing firefighting foams - i.e. C6 Aqueous Film-Forming Foams - due to environmental concerns surrounding perfluorooctanoic acid (PFOA).

C6 Foams may contain trace quantities of PFOA as an unintended by-product of the surfactant manufacturing process and becuase of this some countries such as Norway, Germany, Australia and the USA have been calling for their total ban. As a result of this, some groups have been encouraging the use of Fluorine Free foams as replacements to AFFFs.

Before fire fighting foam users in Europe make the complete switch to Fluorine Free Foams, there are some important things to note:

1) AFFFs have not been banned in Europe.

Instead, a new EU Regulation - EU 2017/1000 - was published in June 2017 regarding the allowable content of perfluorooctanoic acid (PFOA), its salts and PFOA-related substances in fire fighting foams.

The regulation requires that by 4th July 2020, fire fighting foam concentrates must not contain concentrations greater or equal to:

Our range of Aberdeen Foam AFFF-C6 concentrates already meet this regulation, over two years before it comes into force!

2) Fluorine Free Foams are not suitable for all fire risks.

It is recommended that C6-AFFFs are always used in critical situations including large fuel in depth fires and aircraft rescue firefighting.

The Situation in the USA

As of February 2017, fire fighting foams manufactured with fluorosurfactants using a maximum carbon chain of C6 have been approved by the US Environmental Protection Agency (EPA) and the US military.

However, fluorosurfactant containing fire fighting foams can only be sold for use in the event of catastrophic and Fuel-in-Depth fires in locations such as:

Furthermore, as of July 1st 2018 the use of fluorosurfactant-containing fire fighting foams for training purposes is no longer allowed.

Due to environmental concerns surrounding fluorosurfactant-containing firefighting foams - including C6 AFFFs and AR-AFFFs - a public hearing was held earlier this year in Washington State, USA to consider whether AFFFs should be banned outright and replaced with fluorine free equivalents.

At this hearing, expert witnesses from the fire fighting foam industry spoke of the need to continue the use of fluorosurfactant-containing fire fighting foams in catastrophic fires due to concerns over the effectiveness of fluorine free foams on Fuel-in-Depth fires.

One of the witnesses giving testimony was Mitch Hubert, Vice President of Solberg, who made the following statement:

Which Fire Fighting Foam is best for the environment?

According to the UK Environmental Agency: whichever one is best at putting out fires!*

When is it recommended to use C6 AFFFs instead of Fluorine Free Foams?

At a recent public hearing in Washington State, USA, it was debated whether fluorosufactant-containing fire fighting foams should be banned completely.

For his full testimonial please see the "Solberg Statement" page or download our recent update here.

In our opinion, AFFF-LF-C6 foams as used in the North Sea UKCS do not, at this moment, have a Fluorine Free drop-in replacement which can be used by our offshore customers.

However, the rate of development of F3 foam is such that it is safe to assume that within the next 5+ years a suitable F3 foam will be available to meet offshore needs.

For these reasons, Oil Technics (Fire Fighting Products) Ltd., manufacturer of AFFF for over 35 years, is recommending to the European Committee for Socio-economic Analysis (SEAC) that a derogation on the proposed restriction of the use of AFFF offshore is applied. Such a derogation has already been granted to the use of AFFF on tank farms.

If you have any questions or would like to discuss this subject further, please don't hesitate to contact us.

Useful information on this subject can be found in the links below:

Back to top
Find out more about C6 Technology Close X